Dewey Bridge was built in 1916; it was one of the first bridges to cross the Colorado River. Until it burned down in 2008, it was the longest suspension bridge in Utah. The bridge is all iron… except for the wooden deck, which burned because of a child playing with matches. 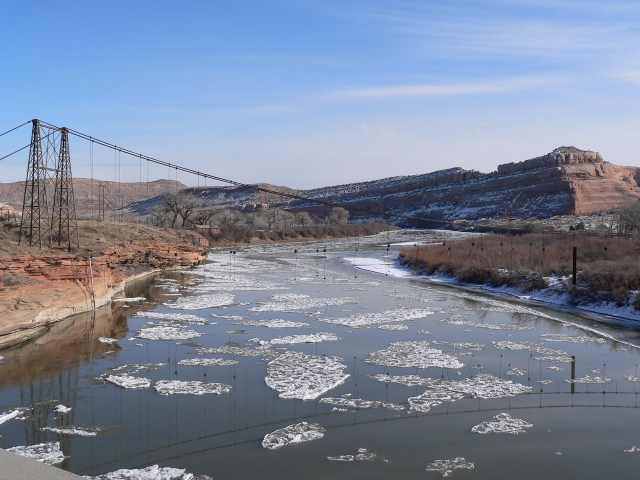 Still looks in better shape than the Champlain Bridge. And yes, it’s cold enough to have the river partially ice over. I doubt it ever freezes completely – those ice chunks are moving downstream very quickly.