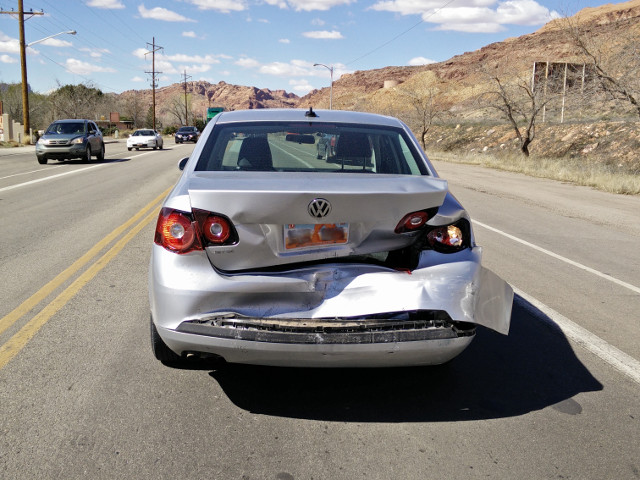 I’m fine, just a little sore. The other car is pretty much a writeoff; clouds of smoke and a large puddle on the pavement are not good signs. Not sure what they’ll do about this one yet. I *almost* loaded my bike in the back just beforehand; happy now that I didn’t. Procrastination sometimes pays dividends.

On the good news front, though: police response here is simply amazing. I had literally just rolled to a stop and started to dial 911, and there was already one car on scene; ended up with probably 4 or 5 city police cars, a state police car (it was on Main Street, which is a state highway, so dual jurisdiction), and an EMT/Ambulance truck. Ended up talking about mountain bikes with the police sergeant, who I kind of knew but had never met….. small town.