They’re starting to build in the lot across the street, so we’ll have new neighbours in the spring. That lot was one we’d considered ourselves; not as nice of a view, but huge mature shade trees in the back. Or at least there used to be; they took down several of them this week: 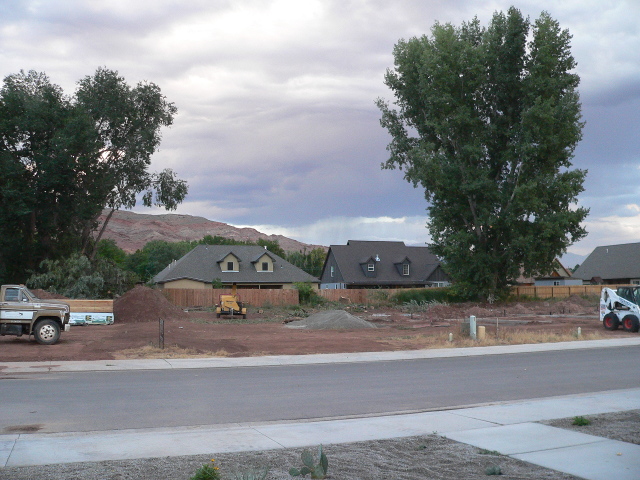 That big gap used to be all trees. More of a view for us, at least until the houses get built. The tree on the right is a cottonwood, which I think they’re leaving; the ones on the left are probably on the chopping block, so to speak.

All of this work is fascinating viewing for cats, of course: 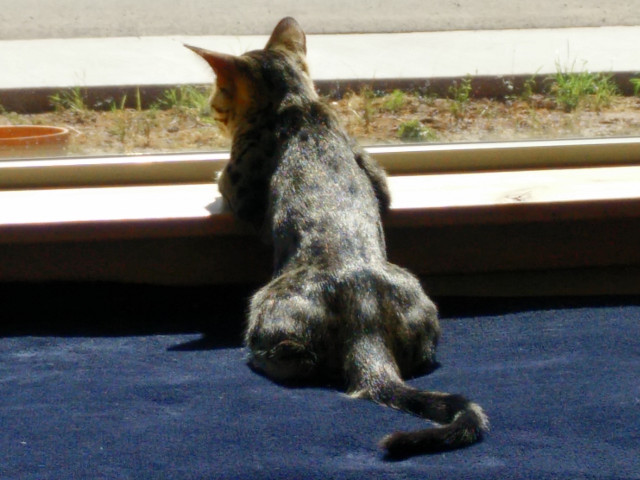 Mei wants you to know that her hips are NOT that wide, that I am just a bad photographer.

We had a visitor last week; Minsky, a flame point siamese from Hawaii. He didn’t really get to meet our cats; we kept them pretty well segregated, since it was just a short term visit.

Minsky is one of the few cats I’ve met who doesn’t like me. After a week he did rub against my legs a few times, but he was still giving me that “I have claws, you know” look, so I left him be. Well, mostly. 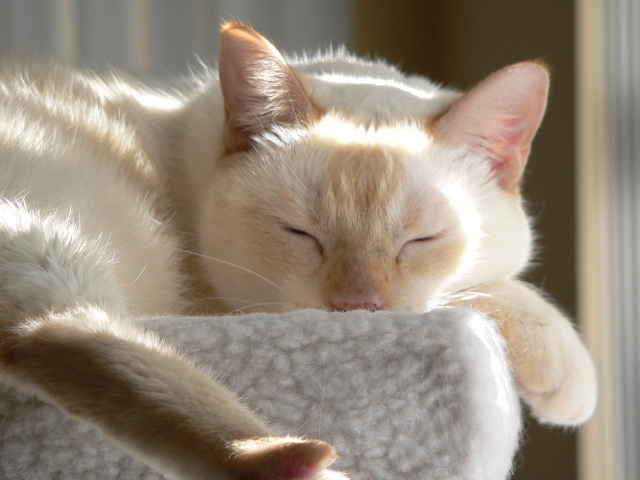