This is an old movie prop, currently located at a gas station just north of town. It was moved there from the original location, about 20 miles away in Canyonlands National Park. 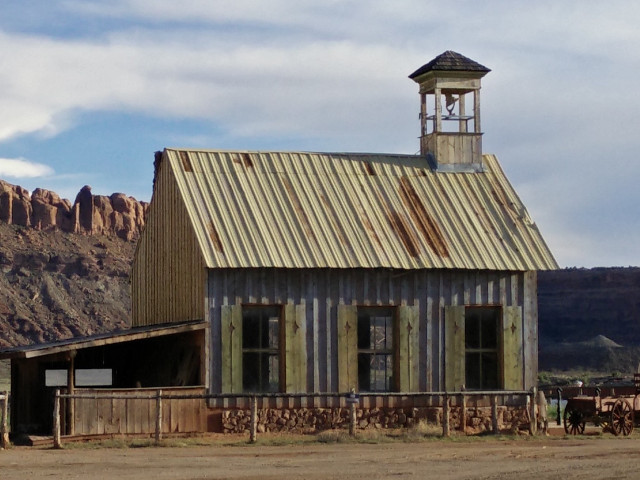 The movie was “Riders of the Purple Sage”, an old Zane Grey western that has been made into a movie not once, not twice, but five times. This set was from the most recent 1996 version, which was filmed in and around Moab. I’ve never seen it, but the plot is centered around a persecuted, isolated religious group in Utah…. gee, I wonder who they’re talking about? 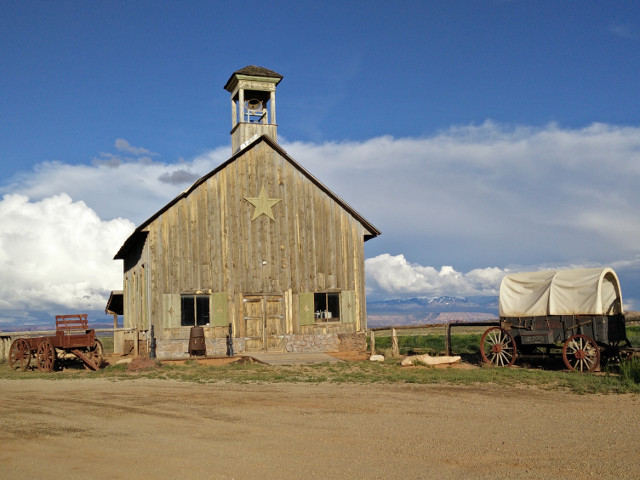 The building was the church in the film, and they have a few other props scattered about. I have no idea why the set was moved here, or whether they plan on doing anything with it; but for now it makes an interesting detour on a bike ride.