We have a wonderful sculpture in the corner of our kitchen counter; it’s a miniature replica of one in Haverhill, MA. It’s become Meimei’s favourite hiding place; she’s not allowed on the counter, but she figures if she jumps up and runs really fast, and hides behind the big dog, she won’t be seen. Doesn’t work that well: 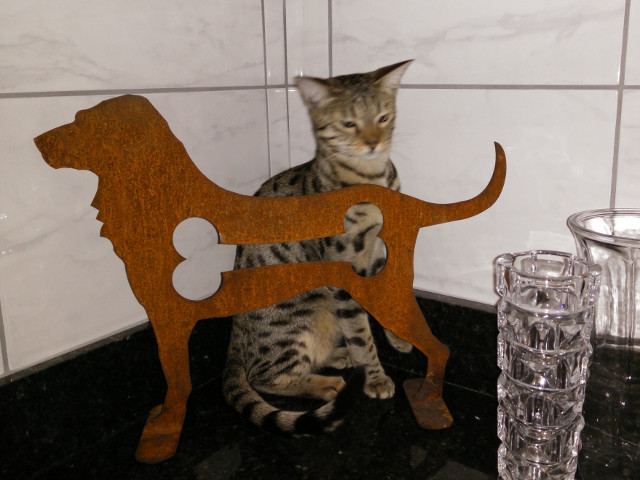 Things have been sort of gradually getting colder here; a few weeks ago snow appeared at the top of the mountains. I was talking with a friend at the Forest Service here today; there’s 10 inches of snow already at Geyser Pass Road, over two feet higher up, and he actually went skiiing on Friday. While up there he saw evidence that they’ve already had at least one avalanche. 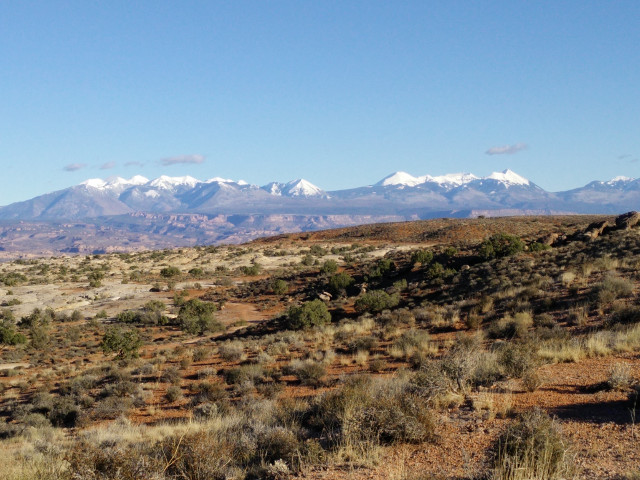 I never get tired of those photos – snow in the background, desert scrubland in the foreground. I wish I could convince the local rabbit population to stand still for long enough to get a photo.

I’ve been cramming in as many rides as possible before the weather gets cold – you can ride year round, but it’s more fun when the weather is warmer. This is probably my all-time favorite; fast and technical and wonderful views.

(*) – if that’s how you spell it. I’m great at spelling except for certain words.