Cadbury has been looking to get to high places recently, and Meimei is known for climbing…. so I pulled the ladder in from the garage. 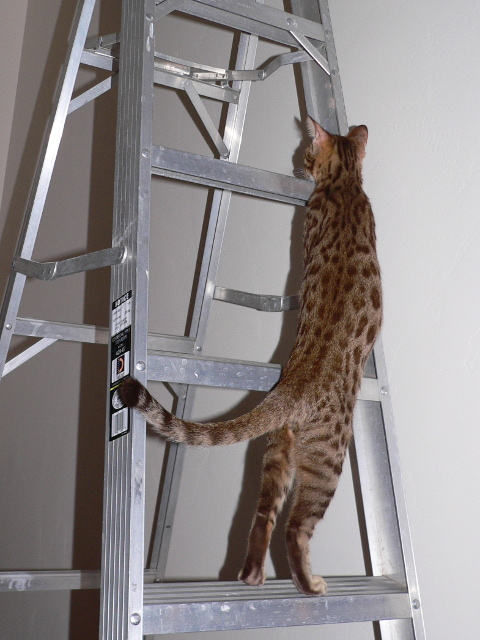 Cadbury was first up it, halfway up before I could even grab the camera. Meimei was too interested in sniffing the feet of this Strange New Thing.

Eventually (as in, two minutes later) both of them were up at the top: 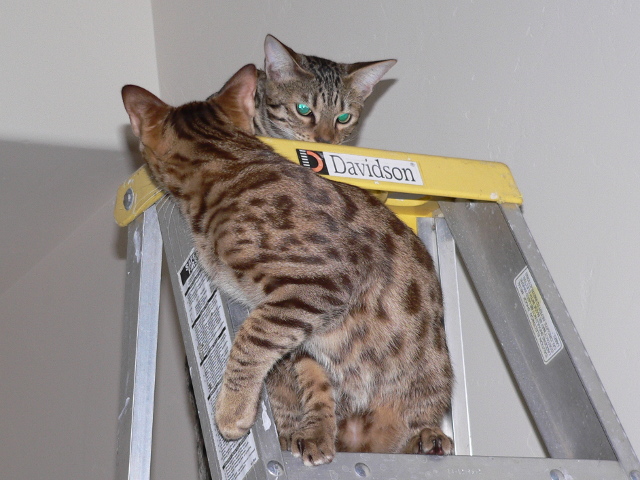 And as usual, it turned into a king-of-the-castle routine: 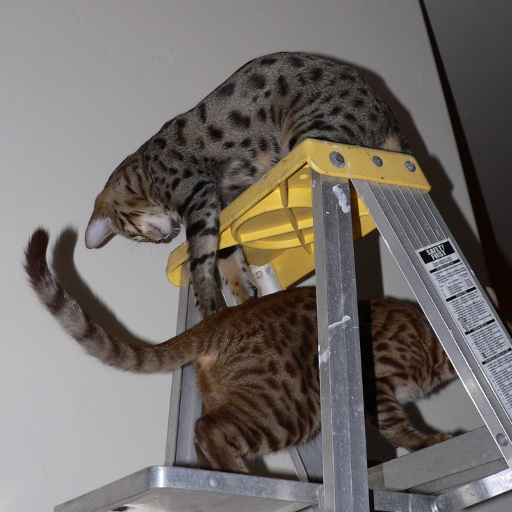