So we made the drive out to pick up our new kitten: 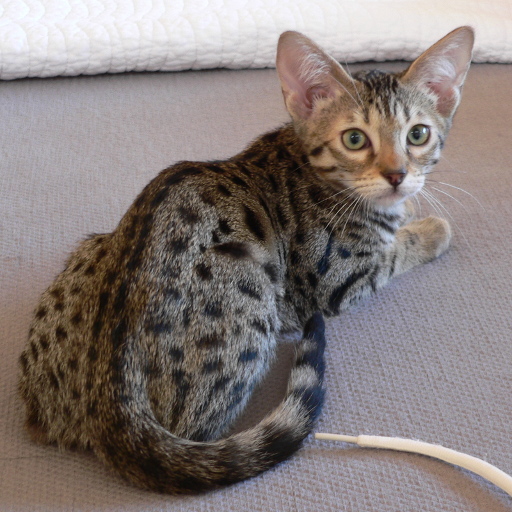 She’s a tawny ocicat – same as Furgle was – and, well, kitten sized. 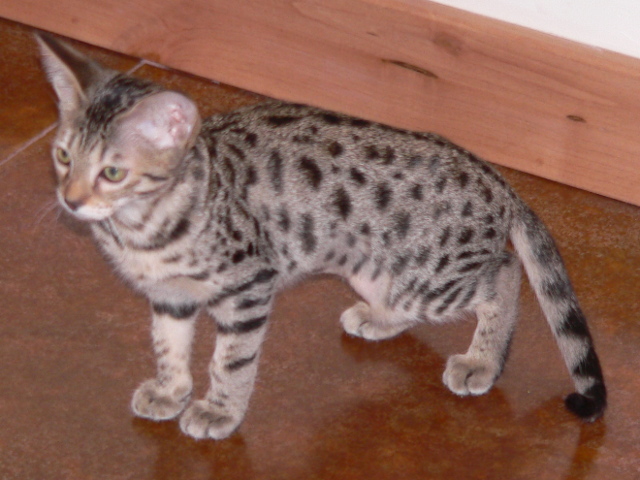 But when we got to the breeder, she also had this guy: 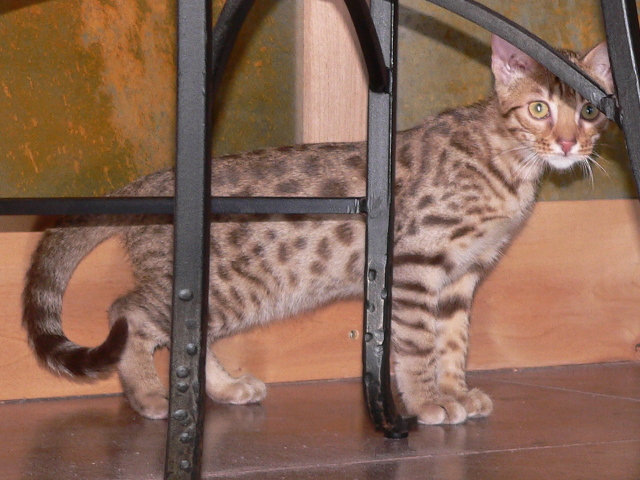 He’s a chocolate – same litter, but he is a fair bit larger than his sister.  I’m sure he’ll end up being the size of Frisky.

He was destined to be a show cat – he looks a lot like his dad, who was a Grand Champion – but the breeder very generously offered him to us, since she knew we wanted two cats.

The two colours look similar until you get them side by side: 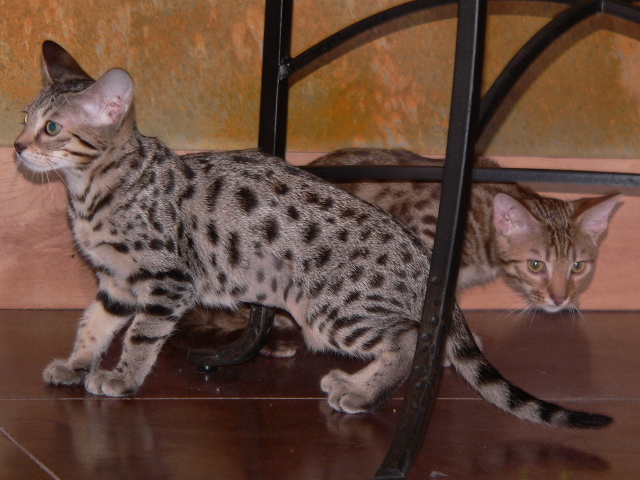 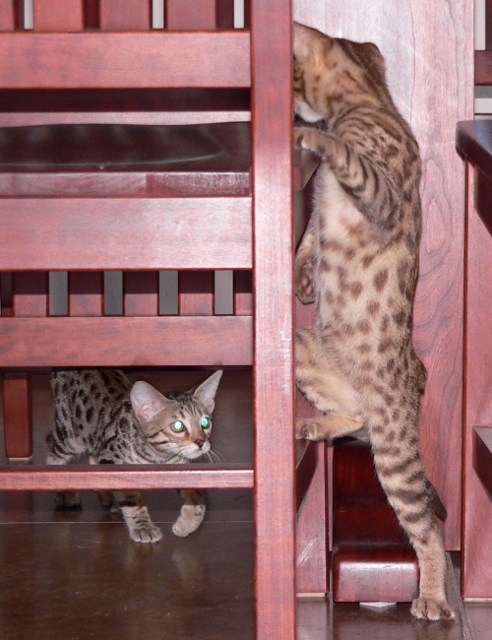 So… the naming contest starts now!