Thar be bears in those woods….. 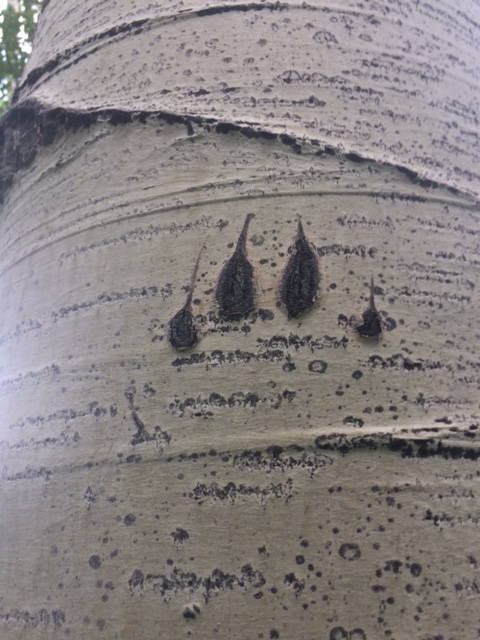 Taken by a friend up in the mountains near town. I think that’s an aspen tree – but I’m not sure what it did to annoy the bear so much.

When running an efficient office, make sure you always have at least one cat in stock, ready to go. 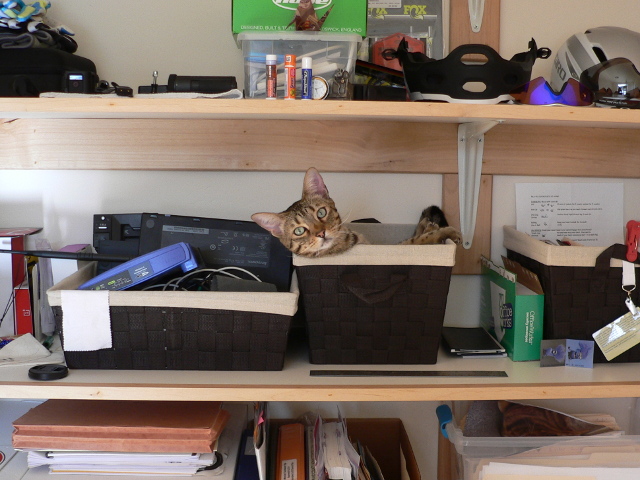 Someone is producing a new film to promote tourism in Moab…. not sure we *need* any more tourists, but the promo videos they’ve released give a good overview of the area.

There’s actually a bit of controversy over promoting tourism right now; a certain percentage of the hotel room tax that is collected *has* to go towards promoting tourism, by law – so when you already have too many tourists, you’re not allowed to use that money on anything else. Strange.

p.s. the biplane does tourist flights; it’s about $220 for a 30 minute trip. It’s a new aircraft, built just for tourist flights, from a company named Waco in Michigan.

By luck and interesting corporate policies, we were “forced” to have a hotel in Gamla Stan, the oldest part of Stockholm. Wonderfully clean, incredibly well preserved, very very touristy. A few doors down from the hotel was Kungliga Slottet, the King’s Palace – precisely like Buckingham Palace, complete with a changing-of-the-guard ceremony.

I didn’t figure it out, but on this side of the building they had what I presume were “traditional” uniforms and rifles. On the other side were real active duty soldiers in modern uniform with automatic weapons…. doing their own changing-of-the-guard thing. 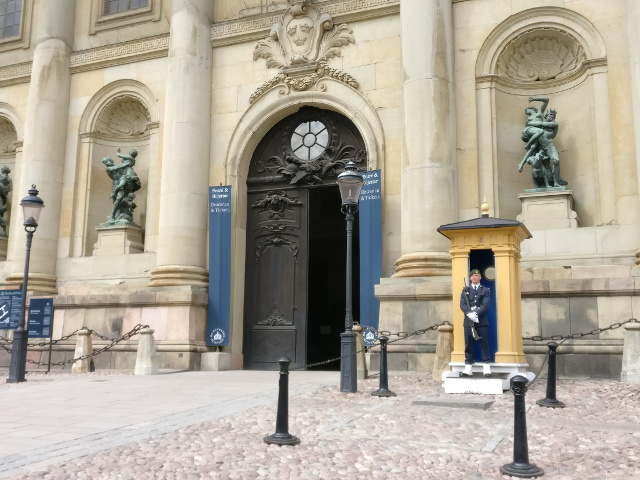 Apparently the King has cats that play with ping-pong balls too. He even had statues made. 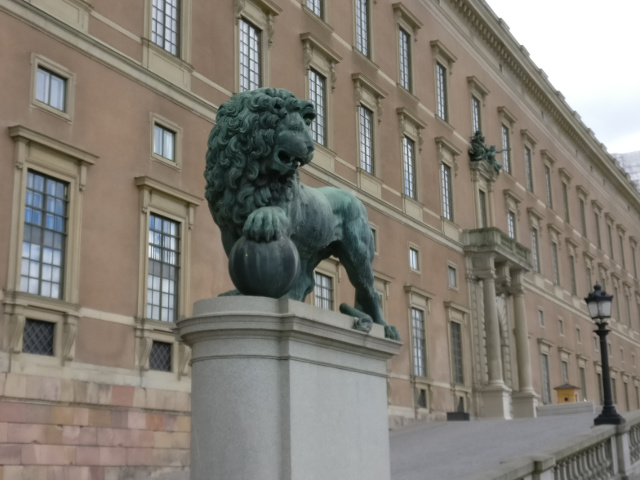 A few blocks over is Stortorget – Market Square – the original real market, centrally located between the docks and the local villagers. They still have a market there in the winter. The ground floors of all the buildings in the area are now restaurants, cafes, and stores; the upper floors are most likely offices, or flats for very rich folk. There is NO parking to speak of, and no grocery store in the entire neighbourhood. 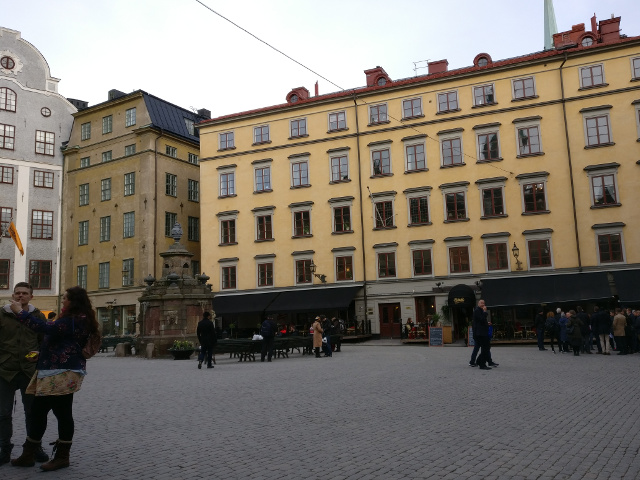 Right on the square is the Nobel Museum. One fact I didn’t know: Alfred Nobel, the originator of the World Peace Prize, earned his substantial fortune by…. inventing dynamite. 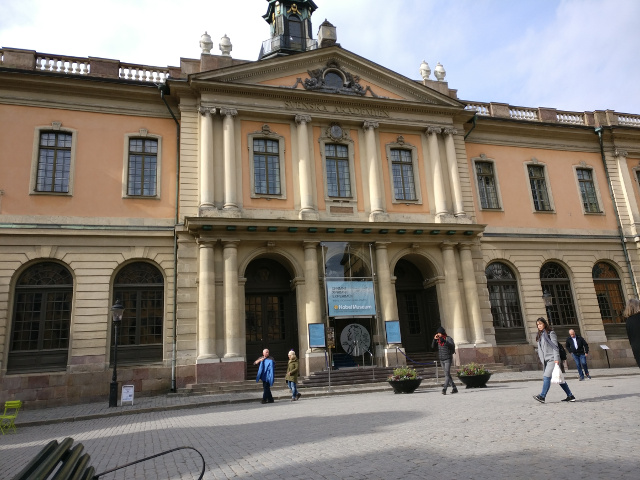 This is a typical Swedish restaurant, also right on the square. They all have blankets so you can sit outside even when it’s cold. 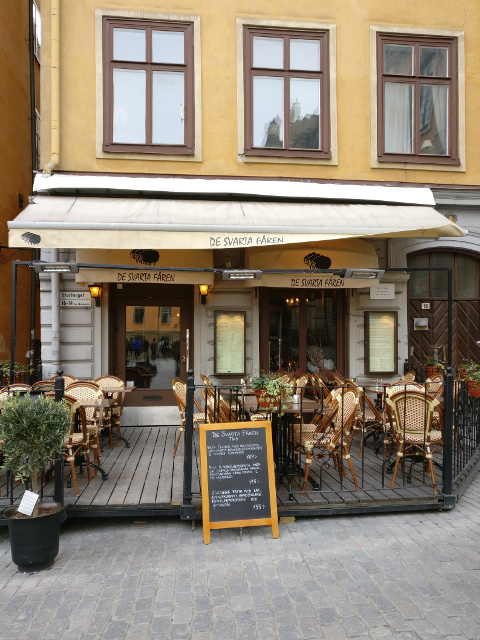 Your first hint that things will get interesting: your boss asks “do you have a passport”?

Being the honest soul that I am, I said yes. Next thing I knew I was off on a whirlwind trip to Sweden. When your plane takes off mid-morning Saturday, and you land at your destination late on Sunday….. turns out that Sweden is #2 in the world in coffee consumption. Good thing. 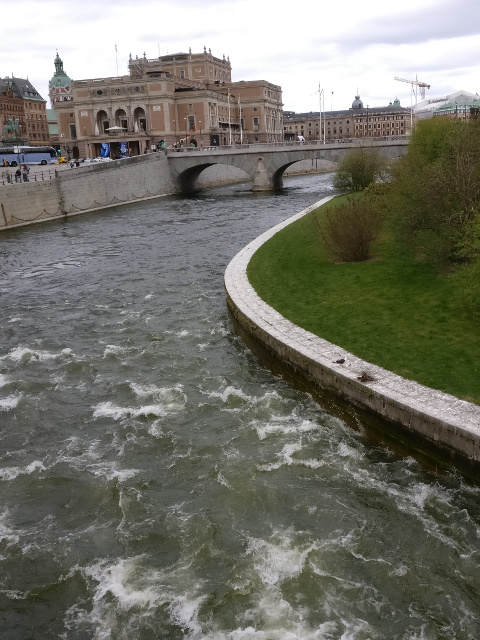 Stockholm is a series of islands, off the Baltic Sea. There is water everywhere, and ships, and bridges – and historic buildings; that’s the opera house in the distance. On the wall is one happy seagull – he’s just caught a live salmon: 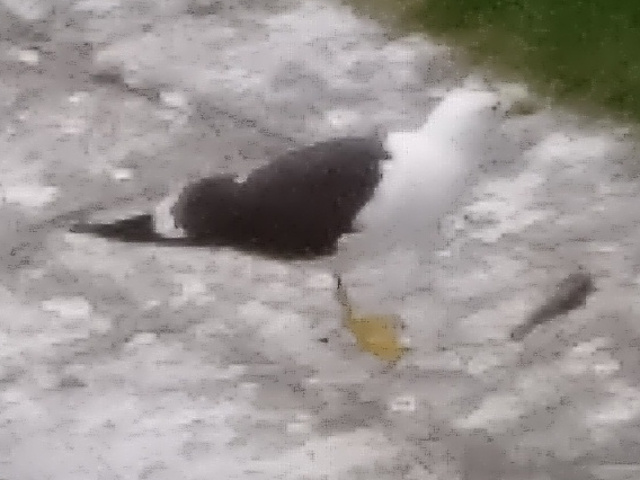 (Yeah, bad pic…. I’ll save you my rant about the quality of cell phone cameras). Bird was pretty happy about this; fish did not look happy at all.

This was right across the water from my hotel, on another island; that’s a museum on the left, and the ship is apparently now a hostel. I meant to get over to check it out, but it was about a 1 km walk and didn’t have time. 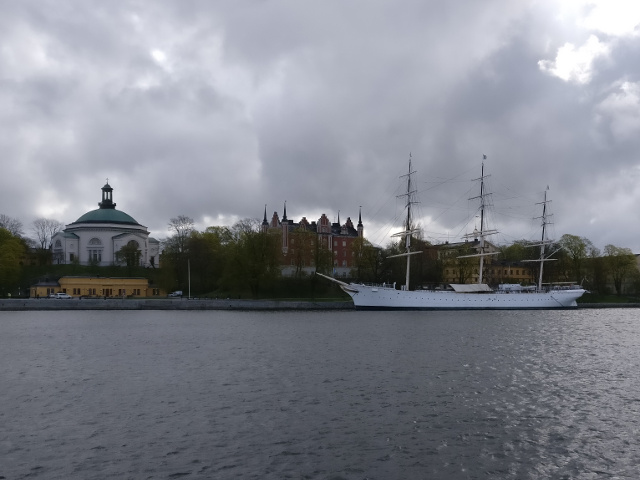 There are some very very familiar sights in Stockholm; this is the square right in front of the Royal Palace, complete with a statue of Admiral Nelson on his horse, the Lincoln Memorial, and some random church. This is a public street – but with the cobbles and masses of tourists, there are very few cars. 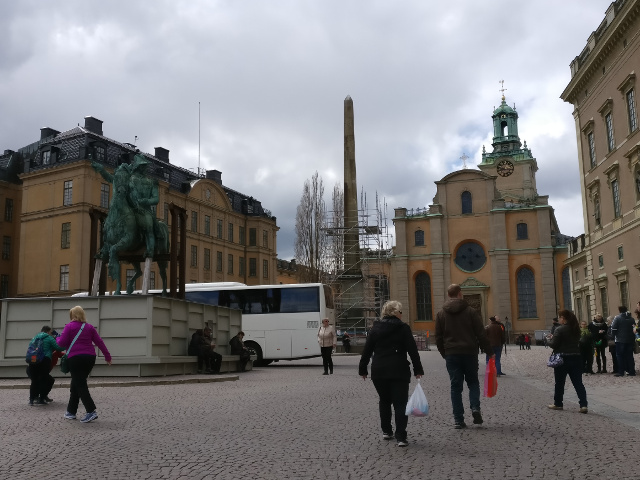 And being Sweden there are lots of tulips…. wait, that’s wrong. It did snow twice while I was there (which the locals swore was the first time it’s snowed in May) but there were flowers blooming. 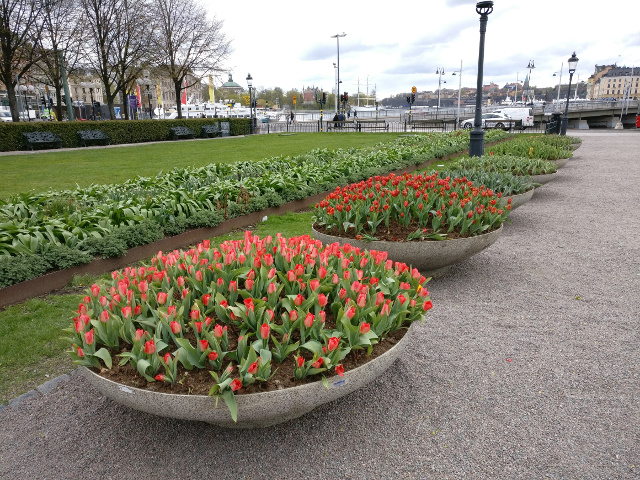 One thing about Sweden….. it’s north. Far, far north. This is the view out the front of the hotel….. at 3:00 AM. No camera trickery – it just never really got dark for the week I was there. On the other hand, I do NOT want to go back in February, where I suppose it won’t really get light for a week. 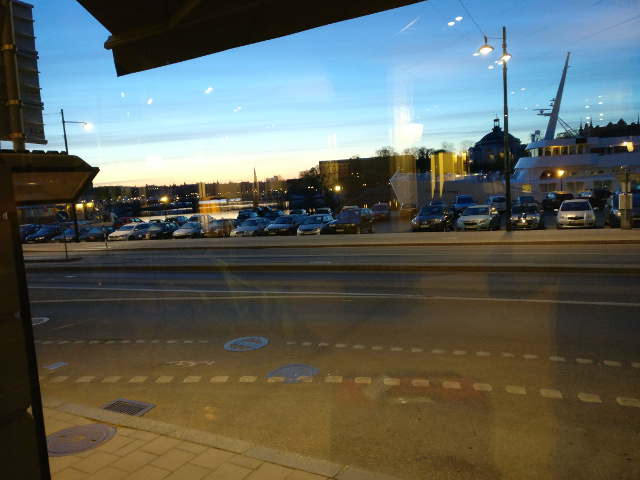